The first thing I noticed was the long, creepy tail.

This morning, I was surveying my backyard through the kitchen window while waiting for the coffee to brew. An overnight storm brought rain and hail. As the sun rose, I was trying to figure out if my cucumbers and tomatoes had survived the night.

And that’s when I saw the white tail sticking out from behind a hibiscus. I watched. Was it a very large rat? The creature turned around, and that’s when I glimpsed the instantly recognizable face of an opossum.

I stepped away from the window to grab my phone. When I returned, the opossum was gone. I figured it had seen my movements and fled the yard.

I went outside in my pajamas and slippers, phone in my hand, to inspect.

The oblivious young opossum reappeared just a few feet from me. We both freaked out. It scampered up one of the trumpet vines. I assumed it had gone over the fence. But I couldn’t help myself. I peered into the big clump of leaves to double-check.

And there it was, standing motionless, one eye trained on me. I snapped two pictures and hustled right back into the house. Our brief encounter was over.

I’ve never found the opossum cuddly. Quite the opposite. The white face and sharp teeth look menacing to me. And I know that this omnivore enjoys a delicious chicken dinner.

But I have friends who love the opossum. And I’ve discovered that it can also be a gardener’s ally. It eats insects, the slugs that are ravaging my cabbage, and even rodents – which I find even more disturbing than the opossum.

So perhaps the opossum is like a person – it has some good qualities and some bad. And as long as we keep a respectable distance, I figure we can adopt a live-and-let-live relationship.

View all posts by Geri Dreiling

1 thought on “My love-hate relationship with the opossum” 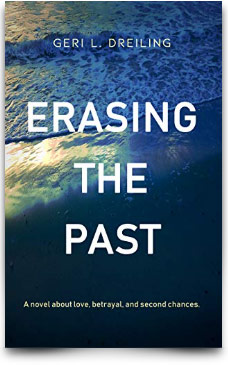